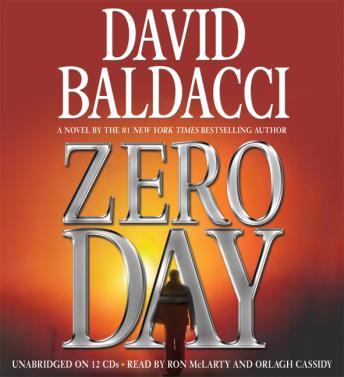 Combat veteran and U. S. Army investigator John Puller is on the hunt for justice with the help of a homicide detective--but as they face deceptions and dead ends, a powerful force threatens to stop them forever in this #1 New York Times bestselling thriller.

John Puller is a combat veteran and the best military investigator in the U.S. Army's Criminal Investigative Division. His father was an Army fighting legend, and his brother is serving a life sentence for treason in a federal military prison. Puller has an indomitable spirit and an unstoppable drive to find the truth.

Now, Puller is called out on a case in a remote, rural area in West Virginia coal country far from any military outpost. Someone has stumbled onto a brutal crime scene, a family slaughtered. The local homicide detective, a headstrong woman with personal demons of her own, joins forces with Puller in the investigation. As Puller digs through deception after deception, he realizes that absolutely nothing he's seen in this small town, and no one in it, are what they seem. Facing a potential conspiracy that reaches far beyond the hills of West Virginia, he is one man on the hunt for justice against an overwhelming force.

Loved the characters, descriptions of persons, places and things; the small details. Baldacci enlightens his readers; informing us of gov't inner-workings/for what and on whom our taxes are used. My one complaint is always ending with the big chase, explosions, who dies and when will his brother be vindicated? that said...I will enjoy his next read . narrator a little too gruff

Another excellent book with intrigue to the end.

Keeps you on the edge

Book was ok. Problem was the narrator is an older man and the Puller is a younger man. It just didn’t sound right

Love his books! I really enjoy the series books, where you feel invested in the characters. Great dramatic reading

Big fan of Baldacci after reading The Winner. This one did not disappoint. I'm a puller fan and looking forward to book 2.

Action packed fast listen. Riveting until the end. I was sad when it was over.

John Puller, I look forward, very forward to another action packed hard to stop don't want to stop til the end story. Honest and true to The Uniform and to The U.S. Army. A True HERO.

I really liked this book. It kept my attention from the start to the end. The characters are interesting and the plot was so exciting.

Good book loved the plot and the characters ! I'm a fan of David Baldacci books.

I am now hooked on John Puller. I liked the plot of the book, the love interest, all of it. Much of Baldacci's military references are spot on, glad to see research was done on military protocol, it would have bugged me; having served in the military. The narrators are awesome and really help keep me engaged in the book.

All new characters. A little romance. Prepare to have your heart strings tugged. Interesting ending

Narration was great, but felt we might have missed some details in the abridged version. Overall 4 out of 5

I would highly recommend this book. Kept my interest throughout.

Loved it! This was my first Baldacci novel and it got me hooked. I've already listened to the sequel, The Forgotten, as well and I'm ready for more John Puller.

A bit over the top, even for Baldacci. The plot stretches the imagination, but he saving grace is the narration of Mclarty and Cassidy, who have done many of this author's books.

This title is due for release on October 31, 2011
We'll send you an email as soon as it is available!