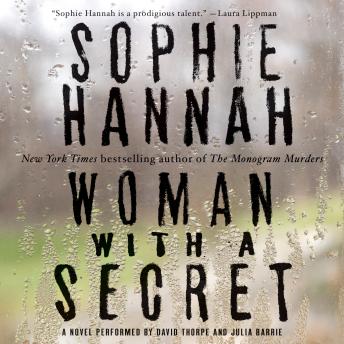 Woman with a Secret: A Novel

Published in the UK as The Telling Error

Lisa Gardner calls it "mesmerizing." Liane Moriarty says it's "unpredictable, unputdownable, and unlike anything you've read before." See for yourself what these #1 New York Times-bestselling authors are talking about.

She isn't who you think she is.

Nicki Clements has secrets, just like anybody else—secrets she keeps from her children, from her husband, from everyone who knows her. Secrets she shares with only one person: A stranger she's never seen. A person whose voice she's never heard.

And then Nicki is arrested for murder. The murder of a man she doesn't know.

As a pair of husband-and-wife detectives investigate her every word, and as the media circle like sharks, all Nicki's secrets are laid bare—illusions and deceptions that she has kept up for years. And even the truth might not be enough to save her. For although Nicki isn't guilty of homicide, she's far from innocent. . . .

For fans of The Girl on the Train, Gone Girl, and the best of Hitchcock comes an extraordinary thriller—and an extraordinarily unreliable narrator—from an author whose work has been described by Tana French as "like watching a nightmare come to life."

I read this at the recommendation of BOTN. I had expect to be drawn into the mystery early on, but alas things moved quite slowly. I found myself unable to sympathize with the main character. And, when the final wrap up of the case was being explained I found it tedious. That said the mystery at the heartime of the story was good and the story grew more interesting 2/3 of the way through.