Whole Earth: The Many Lives of Stewart Brand 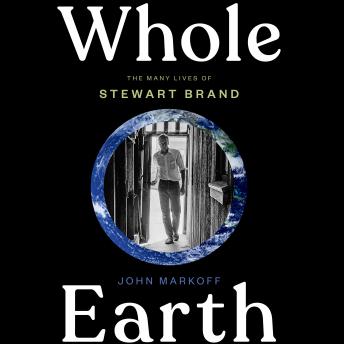 Told by one of our greatest chroniclers of technology and society, the definitive biography of iconic serial visionary Stewart Brand, from the Merry Pranksters and the generation-defining Whole Earth Catalog to the marriage of environmental consciousness and hacker capitalism and the rise of a new planetary culture—the story behind so many other stories

Stewart Brand has long been famous if you know who he is, but for many people outside the counterculture, early computing, or the environmental movement, he is perhaps best known for his famous mantra “Stay Hungry. Stay Foolish.” Steve Jobs’s endorsement of these words as his code to live by is fitting; Brand has played many roles, but one of the most important is as a model for how to live.

The contradictions are striking: A blond-haired WASP with a modest family inheritance, Brand went to Exeter and Stanford and was an army veteran, but in California in the 1960s he became an artist and a photographer in the thick of the LSD revolution. While tripping on acid on the roof of his building, he envisioned how valuable it would be for humans to see a photograph of the planet they shared from space, an image that in the end landed on the cover of his Whole Earth Catalog, the defining publication of the counterculture. He married a Native American woman and was committed to protecting indigenous culture, which connected to a broader environmentalist mission that has been a through line of his life. At the same time, he has outraged purists because of his pragmatic embrace of useful technologies, including nuclear power, in the fight against climate change. The famous tagline promise of his catalog was “Access to Tools”; with rare exceptions he rejected politics for a focus on direct power. It was no wonder, then, that he was early to the promise of the computer revolution and helped define it for the wider world.

Brand's life can be hard to fit onto one screen. John Markoff, also a great chronicler of tech culture, has done something extraordinary in unfolding the rich, twisting story of Brand’s life against its proper landscape. As Markoff makes marvelously clear, the streams of individualism, respect for science, environmentalism, and Eastern and indigenous thought that flow through Brand’s entire life form a powerful gestalt, a California state of mind that has a hegemonic power to this day. His way of thinking embraces a true planetary consciousness that may be the best hope we humans collectively have.

Whole Earth: The Many Lives of Stewart Brand

This title is due for release on March 22, 2022
We'll send you an email as soon as it is available!