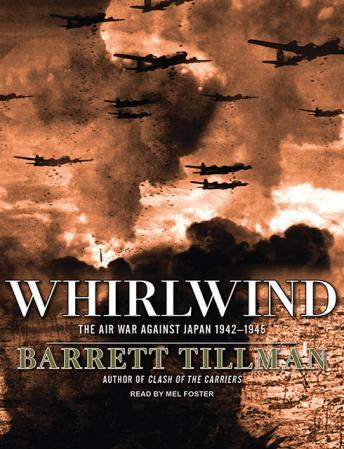 Whirlwind is the only book to examine in depth the human drama behind the most important bombing campaign in history. While the air war against Nazi Germany has been covered in-depth by many books, Barrett Tillman, a renowned authority on military aircraft and the air war in the Pacific, is the first to tackle the air war against Japan.

For decades, historians and politicians have debated whether or not Japan was on the verge of surrender in August 1945-before the bombing of Hiroshima and Nagasaki. Tillman argues that for all the widespread death and suffering, the bombing of Japan remains a great example of air power's ability to end a long, bitter, and bloody war without invasion. Writing from the perspective of the aircrews and the generals and admirals who commanded them, Tillman examines all aspects of the human drama of the war, combining historical analyses with the words of survivors from both sides of the bomb.

This title is due for release on March 2, 2010
We'll send you an email as soon as it is available!