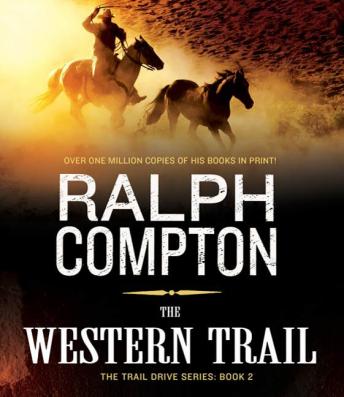 In the aftermath of the Civil War, cash-starved Texans turned to the only resource they possessed in abundance: longhorn cows. Despite the hazards of trailing longhorns across some three hundred miles of Indian Territory, this was the only way to access the railroad…
THE WESTERN TRAIL
Benton McCaleb and his band of bold-spirited cowboys traveled long and hard to drive thousands of ornery cattle into Wyoming's Sweetwater Valley. They're in the midst of setting up a ranch just north of Cheyenne when a ruthless railroad baron and his hired killers try to force them off the land. Now, with the help of the Shoshoni Indian tribe and a man named Buffalo Bill Cody, McCaleb and his men must vow to stand and fight. Outgunned and outmanned, they will wage the most ferocious battle of their lives—to win the right to call the land their own.

This title is due for release on May 24, 2011
We'll send you an email as soon as it is available!