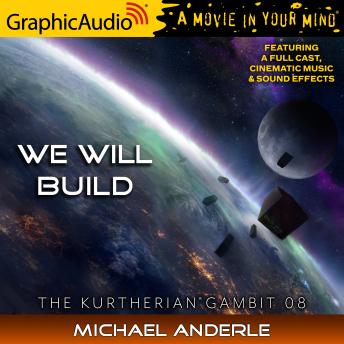 We Will Build [Dramatized Adaptation]: The Kurtherian Gambit 8

'The World Needs Protecting - Before they can build in space they have to GET into space.

There is a 'false queen' attacking vampires in Asia - Bethany Anne sends her Own to look into that.

The moon base needs to be settled, can Team BMW make it happen? Do they have enough people? CAN they get the right people to help?

John's cousin is now part of the team, will she make it?

There is a group looking to find them and they are using Barb to do it.