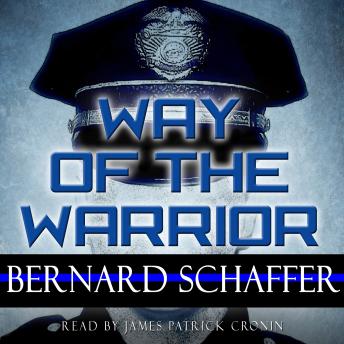 Way Of The Warrior: The Philosophy Of Law Enforcement

THE TRUE BLUE LINE IS NOT THIN

Written by Full-Time Police Detective, and Author Bernard Schaffer, whose new hardback novel THE THIEF OF ALL LIGHT will be available from Kensington Publications in bookstores everywhere.

Whether you're a hard luck grunt working the street or a white shirt administrator who'd need a GPS to find it, Way of the Warrior is for you.

Equal parts biography and instructional guide, Way of the Warrior focuses on the core of the individual officer: the warrior spirit. It discusses how to successfully uphold the law and not lose your mind in the process.

What it Means to Protect and Serve

The Unsolvable Problem of Police Work

The Culture of Law Enforcement Organizations

This is a must listen for anyone in law enforcement, but will also delight listeners who are fans of thrillers, mysteries, and true crime.

Way Of The Warrior: The Philosophy Of Law Enforcement

This title is due for release on October 27, 2017
We'll send you an email as soon as it is available!