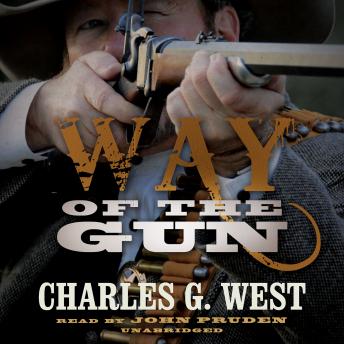 Way of the Gun

Even at seventeen years old, Carson Ryan knows enough aboutcow herding to realize the crew he's with is about the worst ever. They'retaking the long way around to the Montana prairies, and they're seriouslyundermanned.
While rounding up strays, Ryan hears gunshots ring acrossthe range. Suspecting an Indian attack, he gallops straight into a US Army raidinstead. The outfit he's with is nothing but a bunch of murdering cattlerustlers, and the law thinks he's one of them. Tied up, thrown in jail, andtried by a court that's more interested in hanging a man than learning thetruth, Carson has only two options: escape or die trying.

Way of the Gun

This title is due for release on December 15, 2013
We'll send you an email as soon as it is available!