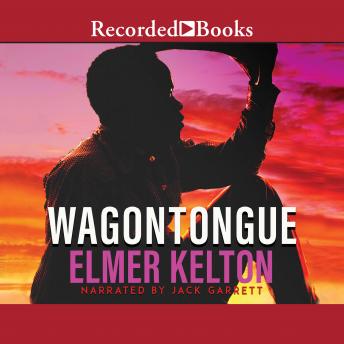 As a slave, Isaac Jefford went to war and saved the life of his master, Major Lytton. As a free man, Isaac became one of the major's top cowhands, respected-but never totally accepted-by fellow cowboys: when they gathered around the fire to eat their dinner, Isaac took his food and sat on the wagontongue alone. When Pete Runyan, a bitter southerner, joins the crew, Isaac has to swallow his rage more than once. But then Pete and Isaac are assigned the task of getting cash-profits from the sale of the herd-safely to the Fort Worth bank before a foreclosure deadline. Time and three gunmen on their trail are against them, and their journey becomes a race to prove who is the best man. First published in 1972 by Bantam as a mass market paperback, Wagontongue is one of Elmer Kelton's classic novels, exploring racial relations on the West Texas plains in the low-key, wry, and compassionate voice that characterizes Kelton's novels. The novel grew from a short story, included in this volume.

This title is due for release on April 21, 2017
We'll send you an email as soon as it is available!