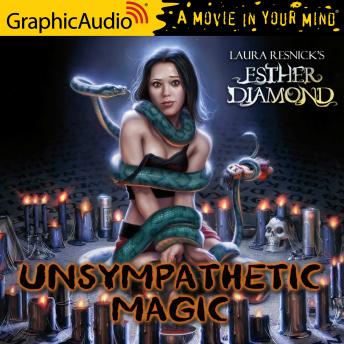 Acting jobs don't grow on fire escapes, so struggling actress Esther Diamond is outraged when her guest role as a hooker on controversial TV drama The Dirty Thirty is jeopardized by zombies, angry spirits, and a voodoo curse.

Meanwhile, the talented teens Esther is coaching at a Harlem cultural center are also being attacked by the sinister supernatural power that's spreading through Manhattan. Since the show must go on, Esther boldly helps her friend, the 350-year-old sorcerer Dr. Maximillian Zadok, combat the Evil forces at work—all while attempting to salvage her love life with her would-be lover, Detective Connor Lopez. But will Esther's courage backfire and end up leading her to become a human sacrifice on the altar of the sinister supernatural powers that are taking over New York City?