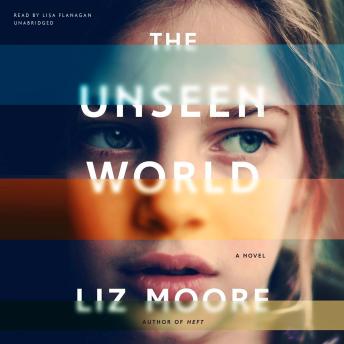 Ada Sibelius is raised by David, a single father and head of a computer science lab in Boston. Homeschooled, she accompanies her loving father—brilliant, eccentric, socially inept—to work every day. By twelve, she is a painfully shy prodigy. At the same time that the lab begins to gain acclaim, David’s mind begins to falter and his mysterious past comes into question. When her father moves into a nursing home, Ada is taken in by one of David’s colleagues. She embarks on a mission to uncover her father’s secrets: a process that carries her from childhood to adulthood. Eventually, Ada pioneers a type of software that enables her to make contact with her past and to reconcile the man she thought she knew with the truth.

Praised for her ability to create quirky and unforgettable characters, Liz Moore has written a piercing story of a daughter’s quest to restore the legacy of the father she desperately loves.

Outstanding. One of the best I’ve read in years.

I absolutely loved this book. it started off slightly slow but then became captivated and had a hard time putting it down. I will listen to this again and again. Highly recommend!!!!

This title is due for release on July 26, 2016
We'll send you an email as soon as it is available!