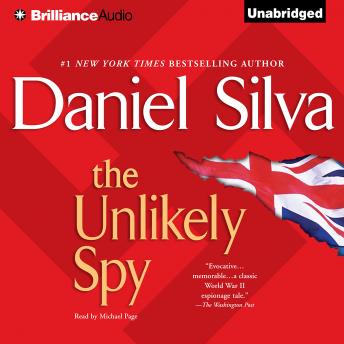 Bestselling author Daniel Silva's celebrated debut novel, THE UNLIKELY SPY, IS "A ROLLER-COASTER WORLD WAR II ADVENTURE that conjures up memories of the best of Ken Follett and Frederick Forsyth" (The Orlando Sentinel ). "In wartime," Winston Churchill wrote, "truth is so precious that she should always be attended by a bodyguard of lies." For Britain's counterintelligence operations, this meant finding the unlikeliest agents imaginable - including a history professor named Alfred Vicary. Handpicked by Churchill himself, Vicary must stop an unknown spy from uncovering the Allied battle plans for D-Day. The Nazis, however, have also chosen their operative carefully. Posing as a war widow and hospital volunteer, Catherine Blake is under direct orders from Hitler to seal the German victory - no matter what the cost. "Layers of depth and intrigue....SILVA SUCCEEDS WITH PANACHE." - USA Today

This title is due for release on March 20, 2009
We'll send you an email as soon as it is available!