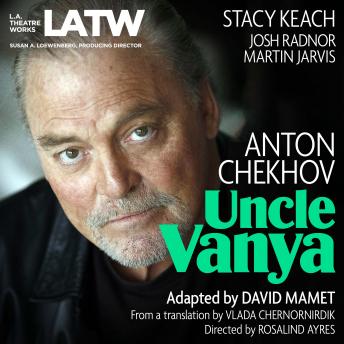 In this classic of Chekhov's canon, an overbearing professor pays a visit to his country estate, where Sonya and Vanya, his daughter and former brother-in-law, have slaved to maintain his wealth. But Vanya is enchanted by the professor's new wife, while Sonya has fallen for the town's melancholy doctor.

Includes a conversation with Rosamund Bartlett, author of "Chekhov: Scenes from a Life."

Recorded in Los Angeles before a live audience at the UCLA James Bridges Theater in October 2013.

This title is due for release on January 30, 2014
We'll send you an email as soon as it is available!