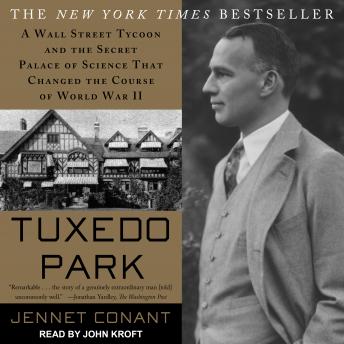 Tuxedo Park: A Wall Street Tycoon and the Secret Palace of Science That Changed the Course of World War II

The untold story of an eccentric Wall Street tycoon and the circle of scientific geniuses he assembled before World War II to develop the science for radar and the atomic bomb. Together they changed the course of history.

Jennet Conant, the granddaughter of James Bryant Conant, one of the leading scientific advisers of World War II, enjoyed unprecedented access to Loomis' papers, as well as to people intimately involved in his life and work. She pierces through Loomis' obsessive secrecy and illuminates his role in assuring the Allied victory.

This title is due for release on September 25, 2018
We'll send you an email as soon as it is available!