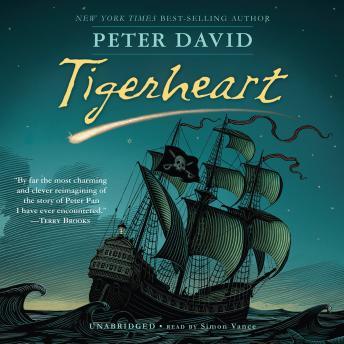 Paul Dear has grown up listening to his father's tall tales of adventure, which his mother infuses with common sense. But not even his parents know that Paul spends his days chatting with pixies and other magical creatures that dwell unseen among the living. And, at night in his room, a boy beckons to Paul from the mirror to come adventuring.When sudden tragedy strikes his family, Paul knows he must seek the great hero of his time: the Boy of Legend. Launched into the starry skies, Paul embarks on a journey to the magical Anyplace where he will run with Indian warriors, cross swords with pirates, befriend a magnificent tiger, and soar beside the ageless boy who reigns in the world of imagination.

This title is due for release on June 17, 2008
We'll send you an email as soon as it is available!