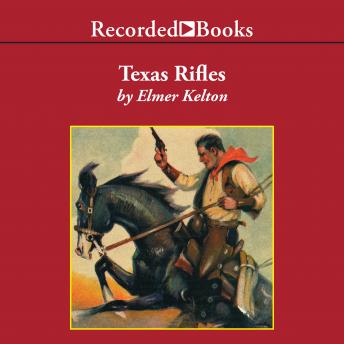 Six-time winner of the Golden Spur Award, Elmer Kelton crafts stories that carry listeners into some of the most vivid years of the American West. Texas Rifles is an action-filled tale of courage in the face of divided loyalties. In 1861, men are enlisting in the Texas Mounted Rifles to keep the land free from Indian raids. There are larger conflicts, however. Texas has seceeded from the union while war brews between the North and the South. Sam Houston Cloud has just joined the Texas Rifles. But he is deeply disturbed by the suffering he sees on all sides: White and Indian, Texan and immigrant. Elmer Kelton has an amazing talent for sweeping away stereotypes and filling his novels with unique, unforgettable men and women who know the ways of the frontier. Audie Award-winning narrator George Guidall's performance is superb. And from the first chapter of Texas Rifles, you'll understand why The El Paso Herald-Post calls Kelton 'a Texas treasure.'

This title is due for release on April 17, 2009
We'll send you an email as soon as it is available!