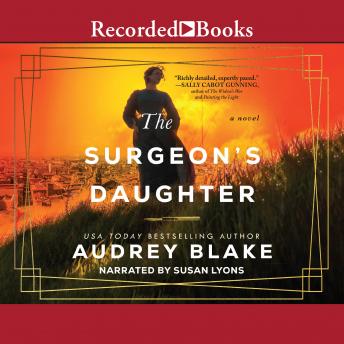 Women's work is a matter of life and death. Nora Beady, the only female student at a prestigious medical school in Bologna, is a rarity. In the 19th century women are expected to remain at home and raise children, so her unconventional, indelicate ambitions to become a licensed surgeon offend the men around her. Under constant scrutiny, Nora's successes are taken for granted; her mistakes used as proof that women aren't suited to the field.

Everything changes when she allies herself with Magdalena Morenco, the sole female doctor on staff. Together the two women develop a groundbreaking surgery: the Cesarean section. It's a highly dangerous procedure and the research is grueling, but even worse is the vitriolic response from men. Most don't trust the findings of women, and many can choose to deny their wives medical care.

Already facing resistance on all sides, Nora is shaken when she meets a patient who will die without the surgery. If the procedure is successful, her work could change the world. But a failure could cost everything: precious lives, Nora's career, and the role women will be allowed to play in medicine.

This title is due for release on May 10, 2022
We'll send you an email as soon as it is available!