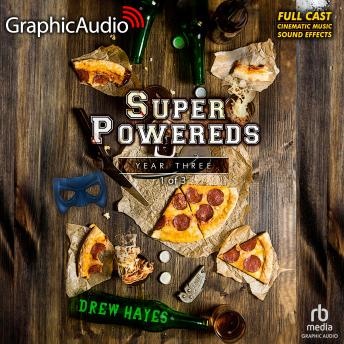 'Junior year has come for the remaining students of Melbrook Hall, and it promises to be the most difficult one yet. With one of their own gone and another under serious investigation, none of the former Powereds knows how many days remain for them in the Hero Certification Program.

The time they do have will be filled with more trials and classes, honing their skills as they work toward the increasingly difficult goal of becoming Heroes. Ample new challenges await them, and not all of them can be met on the safety of Lander’s campus. Fallout from last year’s final exam has stirred the interest of many parties, not all of them friendly.

With enemies pressing in from all directions, it’s going to take new alliances, dedication, and countless hours of training if they want to last another year.