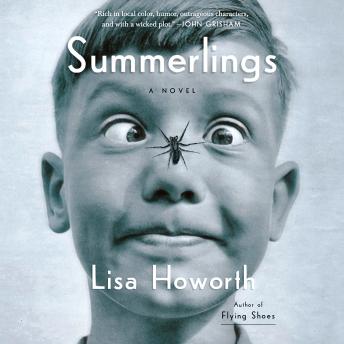 It’s the summer of 1959 in the seemingly tranquil suburbs of Washington, D.C. But our young narrator, John, and his best friends, Ivan and Max, know the truth: every door on their street could be hiding an escaped Nazi or a spy with secrets about the A-bomb. The entire city is being plagued by an inexplicable spider infestation—surely evidence of “insect warfare” by the Russians! So when a rare vinegaroon—a whip scorpion—is discovered on Capitol Hill and sequestered for study at the Smithsonian, the boys, along with their tomboy accomplice, Beatriz, hatch a risky midnight plan to steal the deadly creature for their own devious purposes.

Yet when the friends discover some very real instances of anti-Semitism and prejudice in the neighborhood, it’s the shocking and tragic events stemming from a well-intentioned community-building potluck party that change their lives forever.