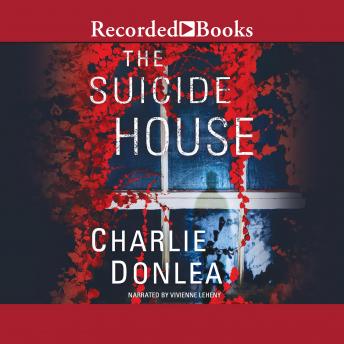 A chilling murder in a prestigious prep school is at the heart of this riveting new novel from acclaimed author Charlie Donlea, featuring forensic reconstructionist Rory Moore and her psychologist partner, Lane Phillips.

Inside the walls of Indiana’s elite Westmont Preparatory High School, expectations run high and rules are strictly enforced. But in the woods beyond the manicured campus and playing fields sits an abandoned boarding house that is infamous among Westmont’s students as a late-night hangout. Here, only one rule applies: don’t let your candle go out—unless you want the Man in the Mirror to find you. . . .

One year ago, two students were killed there in a grisly slaughter. The case has since become the focus of a hit podcast, The Suicide House. Though a teacher was convicted of the murders, mysteries and questions remain. The most urgent among them is why so many students who survived that horrific night have returned to the boarding house—to kill themselves.

Rory, an expert in reconstructing cold cases, is working on The Suicide House podcast with Lane, recreating the night of the killings in order to find answers that have eluded the school, the town, and the police. But the more they learn about the troubled students, the chillingly stoic culprit, and a dangerous game gone tragically wrong, the more convinced they become that something sinister is still happening. Inside Westmont Prep, the game hasn’t ended. It thrives on secrecy and silence. And for its players, there may be no way to win—or to survive. . . .

Outstanding book! The ending was the best part of the entire book. God bless and best wishes. Semper Fi America!

This review was originally posted on Books of My Heart   Review copy was received from Publisher. This does not affect my opinion of the book or the content of my review. 4.5 hearts I really enjoyed Some Choose Darkness so I was thrilled to hear there would be more with these characters.  Lane and Rory are an interesting couple. Rory is a forensic reconstructionist who uses her unique personal style to connect to details in a case as no one else does. Lane, her partner, is a psychologist and profiler. Rory is on leave after events from her previous case where she learned more about her history.  Lane is asked to consult and create a profile for a true crime podcast featuring a series of murders / suicides.  Lane wants Rory to go with him and luckily, she does.  The Suicide House is just her kind of twisty case. They really work well together. Rory picks up odd details which point Lane to research certain things and some people.  I had no idea of the perpetrators in this complex set of crimes.  We get some of the criminal's point of view which tells us some of his history but other than being male we don't know who he is.  Plenty of people involved have various reasons to not talk. The setup here is fun with a true crime blogger and podcast.  It's nice to see Lane and Rory get to travel and have sort of a vacation mode even if things get crazy with the case.  There's great suspense and many well-developed characters.  This case was dangerous for anyone and everyone from the beginning. Narration: This narrator was on the previous book and I have enjoyed her in some other performances.  I especially enjoyed her voice for Lane, but all the male and female voices seemed appropriate.  I listened at my normal 1.5x speed.

I found it difficult at first to make links across the various characters & time lines. Once I "connected the dots", it was a good book. I love the character Rory. However, I think this is one book that I would have enjoyed better as a read rather than a "listen"

Charlie donlea is quickly becoming a superstar. I loved the characters and story. Very timely subject matter. The whole project is credible. I recommend this book as well as the girl who was taken and summit lake. Way to go Charlie.

Great crime novel, kept my mind turning alongside the story and really surprised me with the twists and turns. The narrator has a lovely voice and was excellent at embodying the characters.

I really liked this book and purchased another on by this author. The narrator was great too.