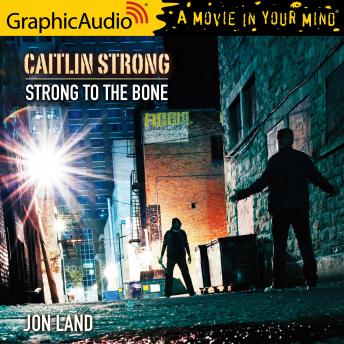 Strong to the Bone [Dramatized Adaptation]

The Present: His daughter, fifth generation Texas Ranger Caitlin Strong, finds herself pursuing the killer her father never caught in the most personal case of her career?a conspiracy stretching from that Nazi POW camp to a modern-day neo-Nazi gang.

A sinister movement has emerged from the shadows of history, determined to undermine the American way of life. Its leader, Armand Fisker, has an army at his disposal, a deadly bio-weapon, and a reputation for being unbeatable. But he's never taken on the likes of Caitlin Strong and her outlaw lover, Cort Wesley Masters.

To prevent an unspeakable cataclysm, Caitlin and Cort Wesley must win a war the world thought was over.