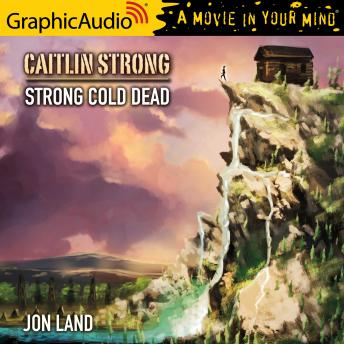 Texas Ranger Caitlin Strong returns in Jon Land's Strong Cold Dead, a thriller with heart-stopping action and a high-stakes terrorist plot The terrorist organization ISIS is after a deadly toxin that could be the ultimate weapon of mass destruction. The same toxin holds the potential to eradicate cancer. There is a frantic race to see who can get to it first, even as Caitlin Strong begins to assemble the disparate pieces of a deadly puzzle. At the center of that puzzle is an Indian reservation where a vengeful tycoon is mining the toxin, disguising his effort as an oil-drilling operation. This is the same reservation where Caitlin's great-great-grandfather, also a Texas Ranger, once waged a similar battle against the forces of John D. Rockefeller. In her highest-stakes adventure yet, Caitlin Strong faces off against a host of adversaries that just might include the beautiful Comanche girl with whom the son of her ex-outlaw boyfriend Cort Wesley Masters has fallen in love, along with a mythic monster culled from Native American folklore that the tribe believes has risen to protect its land. The lives of those Caitlin loves most are threatened by the villains she's pursuing; her own moral code is challenged. The fate of both the country and the state she loves is dangling on the precipice of a strong cold death.

This title is due for release on September 1, 2017
We'll send you an email as soon as it is available!