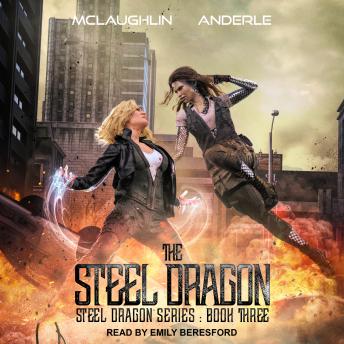 Kristen has come fully into her dragon power. And just in time, because enemies are gathering.

A war for control of the planet is brewing-one which would devastate dragon and human alike!

The Mage assassins are no longer content to hide in the shadows. Their day has arrived, and they will rise to remake the world into a place without dragons.

First they will need to contend with the Steel Dragon, either by drawing her into their web-or killing her. Kristen has proven herself a hard target to take down, again and again. But when offered a choice between the survival of humanity and dragon kind, how will she choose? Blood, or family?

Maybe she'll pick neither. Maybe Kristen will elect to forge her own path, to make her own destiny. But if she does, she will face opponents from both sides!

That's OK with her.

But she'll need every ally and friend she's met, if she's going to unravel the centuries-old schemes finally coming to fruition and stop the war before it can kill everyone she's ever loved and destroy the world in the process.