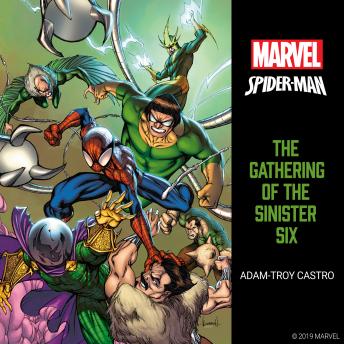 Spider-Man: The Gathering of the Sinister Six

On several occasions, a half-dozen of Spider-Man's greatest enemies have banded together as the Sinister Six. Now, at the behest of a deadly benefactor known only as the Gentleman, the Chameleon has been tasked with assembling a new Sinister Six with the most ambitious scheme yet! Soon, he has recruited the Vulture, freed Electro and Dr. Octopus from prison, and been joined by the Gentleman's mysterious ward, Pity. That only leaves Mysterio, but the master of illusion has a plan of his own. A number of Hollywood people have been targeted for murder, including the cast and crew of Fatal Action 4, the latest acting vehicle for Spider-Man's wife, Mary Jane! Spidey must halt Mysterio's deadly rampage before more lives are claimed. But even that may not be enough to stop the gathering of the Sinister Six!

Spider-Man: The Gathering of the Sinister Six

This title is due for release on September 30, 2019
We'll send you an email as soon as it is available!