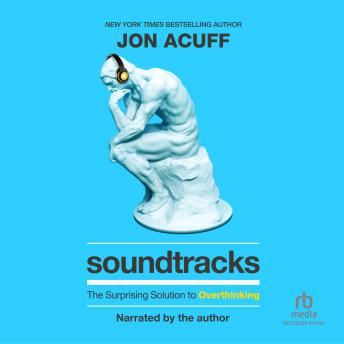 Soundtracks: The Surprising Solution to Overthinking

Overthinking isn't a personality trait. It's the sneakiest form of fear. It steals time, creativity, and goals. It's the most expensive, least productive thing companies invest in without even knowing it. And it's an epidemic. In Soundtracks, New York Times bestselling author Jon Acuff offers a proven plan to change overthinking from a super problem into a superpower. If you want to tap into the surprising power of overthinking and give your dreams more time and creativity, learn how to DJ the soundtracks that define you. If you can worry, you can wonder. If you can doubt, you can dominate. If you can spin, you can soar.

Soundtracks: The Surprising Solution to Overthinking