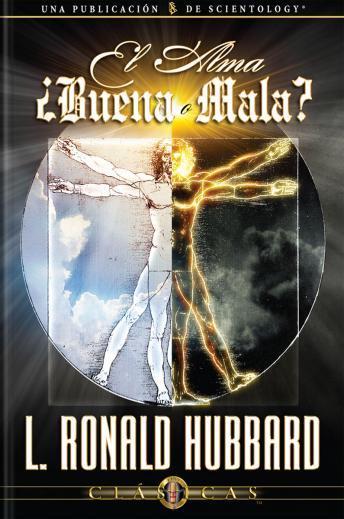 "The Soul: Good or Evil?

Let's say that the soul is life, is the spirit, is the
thinkingness, is the awareness or any such term
which communicates to you the meaning of life and
vitality. - L. Ron Hubbard

It has been bought and sold in a thousand
dramas. It has been preached about
from every pulpit-debated, contested,
condemned and exalted. And with no means to
accurately measure or quantify it, the physical sciences
either ignored it or denied its very existence.

Here, then, is a discovery all the more remarkable
for being grounded not merely on faith and belief, but
on proofs as irrefutable as any in science. Using the
most exact tools of thought to isolate the most inexactly
understood aspect of a human being, Ron established
that there is, indeed, a soul. Moreover, the knowledge of
its nature and characteristics finally resolves the age"'old
question of good and evil, not only in regard to a future
life, but with immediate application in the here and now.
For with the answer to the greatest of all mysteries has
come an entirely new understanding and, with that,
the means to raise one's ability to play the game
called life.