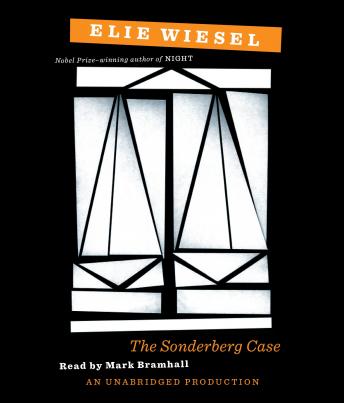 From the Nobel laureate and author of the masterly Night, a deeply felt, beautifully written novel of morality, guilt, and innocence.

Despite personal success, Yedidyah—a theater critic in New York City, husband to a stage actress, father to two sons—finds himself increasingly drawn to the past. As he reflects on his life and the decisions he’s made, he longingly reminisces about the relationships he once had with the men in his family (his father, his uncle, his grandfather) and the questions that remain unanswered. It’s a feeling that is further complicated when Yedidyah is assigned to cover the murder trial of a German expatriate named Werner Sonderberg. Sonderberg returned alone from a walk in the Adirondacks with an elderly uncle, whose lifeless body was soon retrieved from the woods. His plea is enigmatic: “Guilty . . . and not guilty.”

These words strike a chord in Yedidyah, plunging him into feelings that bring him harrowingly close to madness. As Sonderberg’s trial moves along a path of dizzying yet revelatory twists and turns, Yedidyah begins to understand his own family’s hidden past and finally liberates himself from the shadow it has cast over his life.

With his signature elegance and thoughtfulness, Elie Wiesel has given us an enthralling psychological mystery, both vividly dramatic and profoundly emotional.

I think Elie Wiesel is a national treasure, but this book sure wasn't. I gave up as I just couldn't follow where it was going

This title is due for release on August 24, 2010
We'll send you an email as soon as it is available!