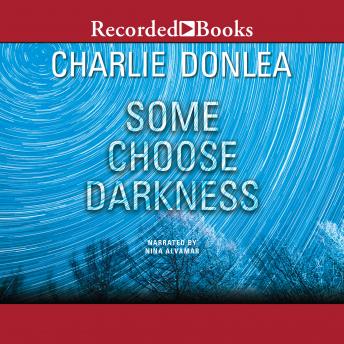 A modern master of suspense, critically acclaimed author Charlie Donlea returns with a taut, gripping novel about the deadly secrets hiding in plain sight . . . The truth is easy to miss, even when it's right in front of us. As a forensic reconstructionist, Rory Moore sheds light on cold-case homicides by piecing together crime scene details others fail to see. Cleaning out her late father's law office a week after his burial, she receives a call that plunges her into a decades-old case come to life once more. In the summer of 1979, five Chicago women went missing. The predator, nicknamed The Thief, left no bodies and no clues behind-until police received a package from a mysterious woman named Angela Mitchell, whose unorthodox investigation skills appear to have led to his identity. But before they could question her, Angela disappeared. Forty years later, The Thief is about to be paroled for Angela's murder-the only crime the DA could pin on him. But the cryptic file Rory finds in her father's law office suggests there is more to the case, and Angela Mitchell, than what was fed to the public, the details of which have been buried for four decades. Rory's talents are tested as she begins reconstructing Angela's last days. Making one startling discovery after another, Rory becomes helplessly entangled in the enigma of Angela Mitchell and what happened to her. Drawing connections between the past and present, Rory uncovers dark truths about the reclusive victim, her father, and the man called The Thief that send her down a twisting trail where things may not be as they appear. As she continues to dig, even Rory can't be prepared for the full, terrifying truth that is emerging . . .

Great story though I lost my way half way through it due to illness. What made it great was that I instantly remembered everything from the previous chapters & didn't have to go back to the beginning.

This is my 2nd title from this author. I thoroughly enjoyed it & look forward to more in this series.

The story is not told in a particularly interesting way. It's a mix of gritty and naive. I kept on thinking that it would be much more interesting to experience as a movie.

This book was surprisingly great.

I’m loving this series! I’m on book three but was hooked with this first one. I’ve listened to at least 100 George Guidall narrations and he never disappoints. I fall in love with the characters in how the author creates their stories and then the narration Infuses personality into each. I feel like I know them!

This novel is absolutely amazing. The suspense is maintained throughout. Which keeps you engaged in listening. This book would not be said interesting unless it was a good narrator. There are many black secrets hidden in this book reveals at the time that make it balanced.

I loved this. The characters, both from 1979 and 2019, were written wonderfully. Even the bad guys. I'd recommend it to anyone.

This title is due for release on May 28, 2019
We'll send you an email as soon as it is available!