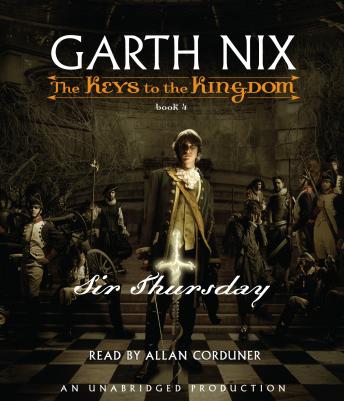 It's Thursday. Following their adventure on the Border Sea, Arthur and Leaf are set on heading home. But only Leaf can make it through the Front Door. Arthur is blocked because someone– or something–has assumed his identity and it taking over his life.

Before Arthur can take action, his is drafted by the strange Sir Thursday and forced to join the Glorious Army of the Architect. While Leaf tries to banish Arthur's double on earth, Arthur must survive his basic training, avoid getting posted to the Front, and work out how he can free Part Four of the Will.

This title is due for release on February 28, 2006
We'll send you an email as soon as it is available!