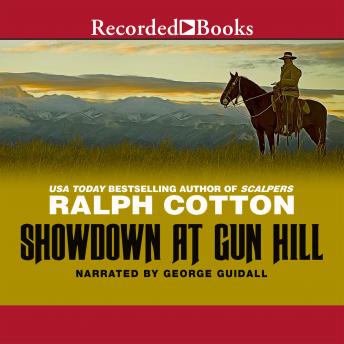 From the USA Today bestselling author of Scalpers comes a tale of gunslinging adventure in the Old West. Arizona Territory Ranger Sam Burrack is sent to retrieve the sheriff of Big Silver, Arizona, and escort him to Yuma. Sheriff Sheppard Stone once saved the life of Territory Judge Albert Long, but the judge has heard stories of Stone turning into a reckless drunk-stories that are confirmed when Burrack rides into town. Holed up in his office on a days-long whiskey bender, Stone has been terrifying the townsfolk and firing bullets into the street. Getting him sober is no easy task, but once they hit the trail, Burrack learns of the sheriff's deadly enemies, which is sobering news indeed. As Stone dries out, Burrack begins to see the man he used to be. The only question is whether Stone will live long enough to be that man again.

This title is due for release on August 21, 2015
We'll send you an email as soon as it is available!