The Short Stories of Louisa May Alcott 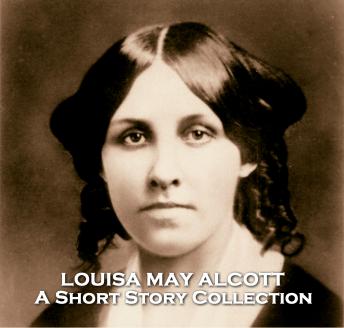 Louisa May Alcott was born on 29th November 1832 in Germantown, Pennsylvania.She is most definitely a writer of her own experiences. Her father was a transcendentalist, philosopher and educational experimenter who founded, Fruitlands, a utopian community. Although poor, her liberal and progressive parents provided Louisa with much of her education, which was enhanced by many family friends that included Thoreau, Hawthorne and Emerson, a neighbour whose library she was often found reading in. She started writing stories as a way of providing the family with some financial stability. Times were difficult and the effects of poverty were always close at hand. During the Civil War she went to Washington to be a nurse and became ill with typhoid fever although she continued to write and build her success. However, the treatment for typhus gave her mercury poisoning which caused further health issues for the rest of her life and eventually contributed to her death. Alcott visited her father on his deathbed in Boston. Two days later on 6th March 1888 she also died resulting in a joint funeral. Well-loved for her classic 'Little Women' she was a superb writer in difficult times for any woman, a strong advocate of women's issues, the anti-slavery movement, temperance and social reform. [INSERT] Her work often reflects on the rich experiences in her life and these poignant short stories are a fine testament to this. Additionally under pseudonyms she wrote dozens of gothic thrillers and sensation stories. She is also famed for her children's stories. This volume includes stories about The Civil War, trying to live on a utopian farm, and lost in a London pea-souper fog.One of Alcott's most startling stories is the 'The Brothers' a tale of two brothers during the Civil War and the after-effects.

Short Stories of Louisa May Alcott