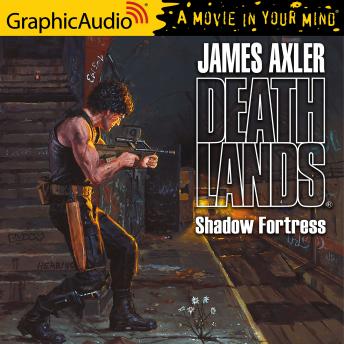 A planet ravaged by the apocalyptic blast of 2001 gave birth to a new world of savagery—and a new breed of hero. In a land where violence rules with absolute authority, Ryan Cawdor and his wayfarer survivalists roam the strange, nascent twenty second century, living by their own creed of honor as they continue their search for a sanctuary they can call home.

In what was once the nuclear testing ground of the pre-dark world, the Marshall Islands are now the kingdom of the grotesque lord Baron Kinnison. Here in this world of slavery and brutality the companions have fought a fierce war for survival, on land and sea—yet the crafty baron still conspires to destroy these interlopers. Activating a twentieth century hot air balloon left untouched by the blast, they escape to the neighboring pirate ruled forbidden island, with the Baron and his sec men in hot pursuit—and become trapped in a war for total supremacy on this water world.