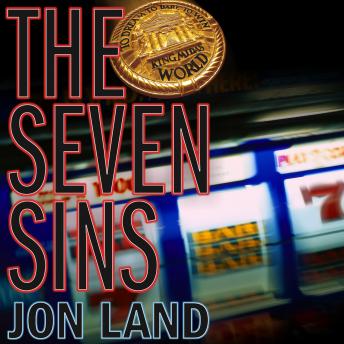 The Seven Sins: The Tyrant Ascending

The ancient motto, inscribed in Latin on a mysterious golden medallion recovered from the ruins of the Roman Empire, has guided Michael Tiranno to heights few men have achieved. Once an orphaned farm boy in his native Sicily, Michael made millions by mastering the intricate world of high finance and is now the fabulously wealthy owner of Las Vegas's Seven Sins, the grandest and most extravagant casino in the world. The lavish resort embodies the personal philosophy fueled by his lust for power: the greater the risk, the greater the reward.

But he also has secrets-secrets that he and Naomi Burns, his driven corporate attorney and confidante, have gone to great lengths to bury. When an enemy from the past threatens to undermine everything he has built, his dark history must now be uncovered. Together, they must tear open painful scars in Michael's heart and soul to discover the true identity of their unknown foe-before all of Las Vegas pays the price for Michael Tiranno's realized dreams.

This title is due for release on August 11, 2008
We'll send you an email as soon as it is available!