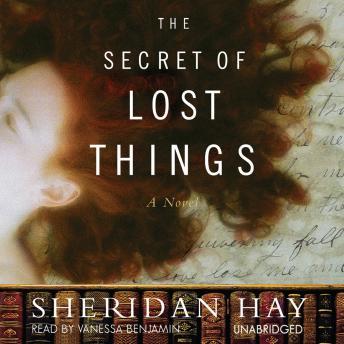 The Secret of Lost Things

Eighteen years old and completely alone, Rosemary arrives in New York from Tasmania with little more than a love of books and eagerness to explore the city she’s read so much about. She begins her search for independence with appealing enthusiasm, and the moment she steps into the Arcade bookstore, she knows she has found a home. The gruff owner, Mr. Pike, gives her a job sorting through piles of books and helping the rest of the staff, a group as odd as the characters in a Dickens novel. But when a letter arrives from someone seeking to “place” a lost manuscript by Herman Melville, the simmering ambitions and rivalries of the Arcade staff rise to a boiling point.
The Secret of Lost Things is at once a literary adventure and an evocative portrait of life in a bookstore very reminiscent of the world-famous Strand.