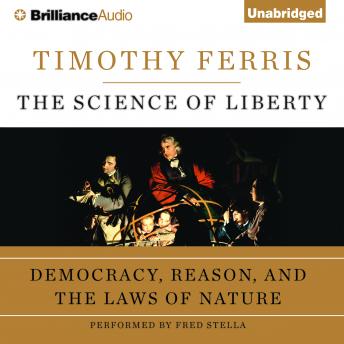 The Science of Liberty: Democracy, Reason, and the Laws of Nature

In his most important book to date, award-winning author Timothy Ferris — “the best popular science writer in the English language today” (Christian Science Monitor) — makes a passionate case for science as the inspiration behind the rise of liberalism and democracy. Ferris argues that just as the scientific revolution rescued billions from poverty, fear, hunger, and disease, the Enlightenment values it inspired has swelled the number of persons living in free and democratic societies from less than 1 percent of the world population four centuries ago to more than a third today.

Ferris deftly investigates the evolution of these scientific and political revolutions, demonstrating that they are inextricably bound. He shows how science was integral to the American Revolution but misinterpreted in the French Revolution; reflects on the history of liberalism, stressing its widely underestimated and mutually beneficial relationship with science; and surveys the forces that have opposed science and liberalism — from communism and fascism to postmodernism and Islamic fundamentalism.

A sweeping intellectual history, The Science of Liberty is a stunningly original work that transcends the antiquated concepts of left and right.

Science of Liberty: Democracy, Reason, and the Laws of Nature

This title is due for release on February 8, 2011
We'll send you an email as soon as it is available!