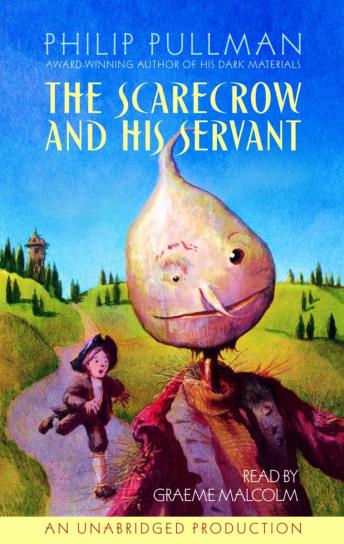 The Scarecrow and His Servant

A tattered scarecrow stands in the middle of a muddy field, taking no notice of the violent thunderstorm around him. But when a bolt of lightning strikes him, fizzing its way through his turnip head and down his broomstick, the Scarecrow blinks with surprise–and comes to life.
So begins the story of the Scarecrow, a courteous but pea-brained fellow with grand ideas. He meets a boy, Jack, who becomes his faithful servant. Leaving behind his bird-scaring duties, the Scarecrow sets out for Spring Valley, with Jack at his side. As the valiant Scarecrow plunges them into terrifying dangers–battles, brigands, broken hearts, and treasure islands–he never realizes he’s being followed by the one family who desperately wishes he’d never sprung to life. Will the Scarecrow discover the secret to his past before the crooked Buffalonis close in on him?

Scarecrow and His Servant

This title is due for release on September 13, 2005
We'll send you an email as soon as it is available!