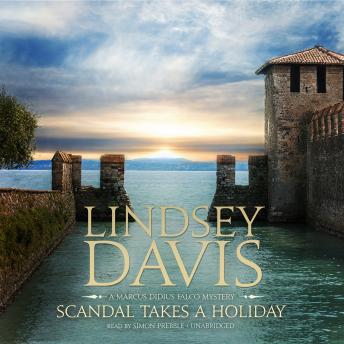 #16 of The Marcus Didius Falco Mysteries

In the Italian town of Ostia outside Rome, Falco appears to be enjoying a relaxing holiday. But when Helena arrives carrying a batch of past issues of the Daily Gazette with the intention of catching up on the latest scandal, Falco is forced to admit his real reason for being there. “Infamia,” the pen name of the gossip columnist for the Daily Gazette, has gone missing, and his fellow scribes have employed Falco to bring him back from his drunken truancy.

Before long, Falco’s inquiries lead him into the world of piracy and the discovery of criminal traditions long believed dead. Is this the path toward finding Infamia? Why would pirates have kidnapped him? And if they have, will he be found alive?

This title is due for release on March 14, 2017
We'll send you an email as soon as it is available!