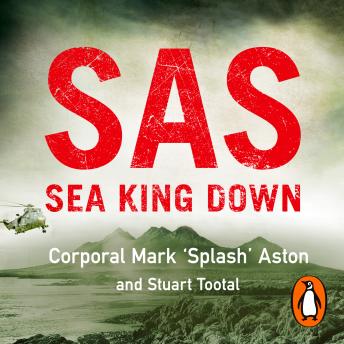 Brought to you by Penguin.

After passing the world's toughest Special Forces selection and joining the elite ranks of D Squadron, 22 SAS in 1979, Mark 'Splash' Aston thought the hard part was over.

Then on April 2 1982 Argentina invaded the Falkland Islands.

Days later D Squadron joined the cutting edge of Britain's campaign to retake the islands. Facing extreme weather and a determined enemy, Splash and the men of D Squadron fought in one extraordinary contact after another. The action never let up.

When tragedy struck their Sea King helicopter and it crashed in the freezing South Atlantic, Splash was one of just nine survivors. Evacuated to a hospital ship, Splash defied orders and a suspected broken neck to re-join his unit until the fight was won.

An unputdownable, edge-of-the-seat insight into still classified Special Forces operations during the Falklands War, SAS: Sea King Down will take its place alongside classics like Bravo Two Zero as military adventure writing of the highest order.