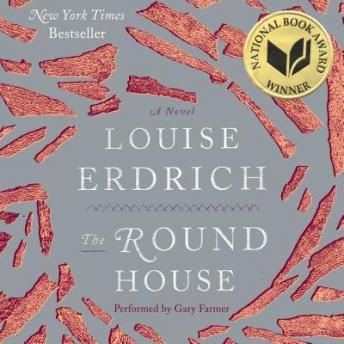 The Round House: A Novel

From one of the most revered novelists of our time, an exquisitely told story of a boy on the cusp of manhood who seeks justice and understanding in the wake of a terrible crime that upends and forever transforms his family.

One Sunday in the spring of 1988, a woman living on a reservation in North Dakota is attacked. The details of the crime are slow to surface because Geraldine Coutts is traumatized and reluctant to relive or reveal what happened, either to the police or to her husband, Bazil, and thirteen-year-old son, Joe. In one day, Joe's life is irrevocably transformed. He tries to heal his mother, but she will not leave her bed and slips into an abyss of solitude. Increasingly alone, Joe finds himself thrust prematurely into an adult world for which he is ill prepared.

While his father, a tribal judge, endeavors to wrest justice from a situation that defies his efforts, Joe becomes frustrated with the official investigation and sets out with his trusted friends, Cappy, Zack, and Angus, to get some answers of his own. Their quest takes them first to the Round House, a sacred space and place of worship for the Ojibwe. And this is only the beginning.

The Round House is a page-turning masterpiece—at once a powerful coming-of-age story, a mystery, and a tender, moving novel of family, history, and culture.

I loved this book!

This was a very well written book and offers a perspective that is often ignored.

Amazing, and eye opening. Louise Erdrich masterfully pulls you into the story with her words.

A strong book that united disparate threads into a cohesive whole. Beautiful language and writing as a whole though some of the contemporary allusions felt strained at times. As for the audio quality, the narrator was acceptable, but it was clear at times that the audio was stitched together which distracted me from simply enjoying the book. At one point, I even thought the narrator might have changed it was such a significant difference in tonal pitch.

This book was like eating a quintuple-stuff Oreo cookie. The main plot was good as 2 tasty wafers. And the long, meandering (but delicious and interestingly filling) sub-sub-sub plot of "Indian" (the term used in the book) culture was fascinating and very educational. Louise Erdrich is amazingly savvy with the male perspective on life. The narrator was excellent. His voice and pace was reminiscent of Chief Dan George from "Outlaw Josie Wales." Relax, listen and enjoy this unique book.

This title is due for release on October 2, 2012
We'll send you an email as soon as it is available!