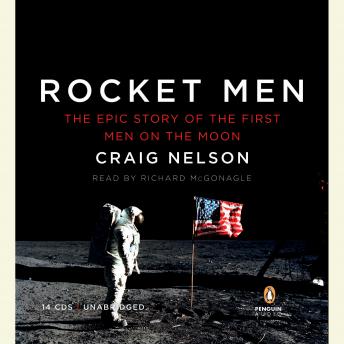 Rocket Men: The Epic Story of the First Men on the Moon

'Celebrates a bold era when voyaging beyond the Earth was deemed crucial to national security and pride.'
-The Wall Street Journal

Restoring the drama, majesty, and sheer improbability of an American triumph, this is award-winning historian Craig Nelson's definitive and thrilling story of man's first trip to the moon. At 9:32 a.m. on July 16, 1969, the Apollo 11 rocket launched in the presence of more than a million spectators who had gathered to witness a truly historic event. Through interviews, 23,000 pages of NASA oral histories, and declassified CIA documents on the space race, Rocket Men presents a vivid narrative of the moon mission, taking readers on the journey to one of the last frontiers of the human imagination.

Rocket Men: The Epic Story of the First Men on the Moon

This title is due for release on June 25, 2009
We'll send you an email as soon as it is available!