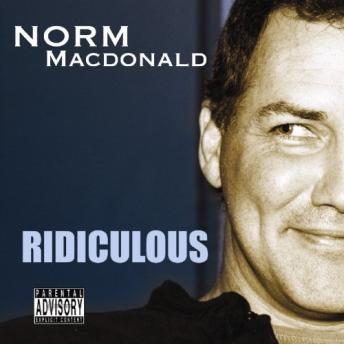 After nine years in production, the most rumored comedy album is finally hitting the streets. Macdonald has re-imagined the sketch comedy record for a new generation and has brought Will Ferrell, Tim Meadows, Molly Shannon, and Artie Lange, among others, who lend their voices and insanity to this hilarious release. Produced by Brooks Arthur of Adam Sandler fame, "Ridiculous" contains twelve sketches and a bonus track of classic Norm stand-up for a total of almost 75 minutes of material.

This title is due for release on November 12, 2006
We'll send you an email as soon as it is available!