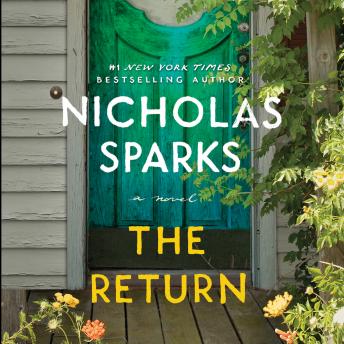 In the romantic tradition of Dear John, an injured Navy doctor meets two extremely important women whose secrets will change the course of his life in this #1 New York Times bestseller.

Trevor Benson never intended to move back to New Bern, North Carolina. But when a mortar blast outside the hospital where he worked sent him home from Afghanistan with devastating injuries, the dilapidated cabin he'd inherited from his grandfather seemed as good a place to regroup as any.

Tending to his grandfather's beloved beehives, Trevor isn't prepared to fall in love with a local . . . yet, from their very first encounter, Trevor feels a connection with deputy sheriff Natalie Masterson that he can't ignore. But even as she seems to reciprocate his feelings, she remains frustratingly distant, making Trevor wonder what she's hiding.

Further complicating his stay in New Bern is the presence of a sullen teenage girl, Callie, who lives in the trailer park down the road. Trevor hopes Callie can shed light on the mysterious circumstances of his grandfather's death, but she offers few clues—until a crisis triggers a race to uncover the true nature of Callie's past, one more intertwined with the elderly man's passing than Trevor could ever have imagined.

In his quest to unravel Natalie and Callie's secrets, Trevor will learn the true meaning of love and forgiveness . . . and that in life, to move forward, we must often return to the place where it all began.

Ok but not Nicholas Sparks best.

This book just didn’t have it for me. The characters were mediocre and the story dragged out far too long. I am disappointed in the book and the effort of Nicholas Sparks.

Truly a very lovely story. I enjoyed it to the last word written and was left wanting more. The narration was good also. I would purchase the book again.

Enjoyed this book and the mysteries involved!! Loved the descriptions of New Bern as I have visited it years ago !

I enjoyed this book... took a while to really get into it.. was entertaining after that. The narrator didn’t not pronounce Beaufort NC correctly... he pronounced is as they do Beaufort SC. Spelled the same but pronounced differently. Another great Sparks book!

I really enjoyed this book. One of his recent best!

Nicholas Sparks does it again!!! It makes you fall in love with south Carolina and want to see the towns and places in the book. Amazing listen and book.

I found this book entertaining. The twists and turns were very “Sparks” style making one wonder what will be around the corner. I recommend it as an escape from our virus lockdown.