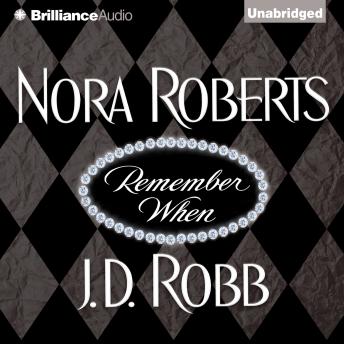 Antiques dealer Laine Tavish is an ordinary woman living an ordinary life. At least, that's what everyone in the small town of Angel's Gap, Maryland, thinks. They have no idea that she used to be Elaine O'Hara, the daughter of a notorious con man...

Laine's past catches up with her when one of Big Jack's associates turns up in her shop with a cryptic warning and is then run down in the street. Now the next target of a ruthless killer, Laine teams up with sexy PI Max Gannon to find out who's chasing her, and why. The answer lies in a hidden fortune that will change not only Laine's life, but also the lives of future generations—including New York City detective Lieutenant Eve Dallas.

In a future where crime meets cutting-edge technology, Eve is used to traveling in the shadowy corners outside the law. She will attempt to track down the treasure Laine and Max sought once and for all—and stop the danger and death that has surrounded it for decades...