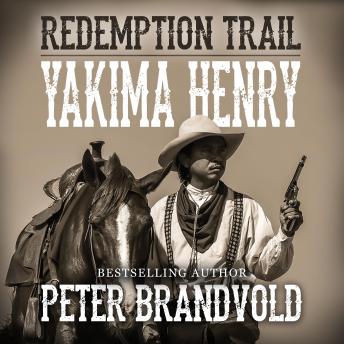 Lifelong loner Yakima Henry unexpectedly befriends Paul Cahill, an old prospector with roots in a once-wealthy Eastern family. When Cahill is mortally wounded by men stalking his and Yakima’s trail, Cahill asks Yakima to travel to northern Dakota Territory and deliver a letter and a belt stuffed with money to his estranged son.

On his trip north, Yakima befriends two young sisters whose mother has died and who, escaping an abusive stepfather, are trying to make their way north to their grandparents’ farm along the Cannon Ball River. Heading into owlhoot-infested Dakota Territory is no nap in the shade for Yakima alone but traveling with two complicated young women is no picnic, either.

When an Irish countess seduces Yakima, enflaming her husband’s jealous rage, and the bounty-hunting assassin called The Reverend stalks Yakima’s and the girls’ trail, Yakima comes to believe that when his friend Paul sent him north to Dakota, he’d really been sending him hell-bound!

“The west has a bonafide superhero and his name is Yakima Henry.”

This title is due for release on March 22, 2021
We'll send you an email as soon as it is available!