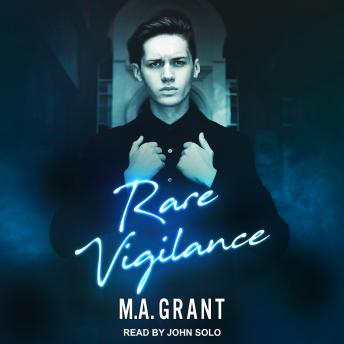 Everything had a price. Especially the truth

Former Marine Atlas Kinkaid knows not to ask questions about the clients he protects at the behest of the elite Whitethorn security agency. Just like he doesn't like anyone asking about his scars-scars left by a mysterious attack that haunts his every waking moment.

Consumed by the need to find out what happened to him, Atlas takes a job providing security to Cristian Slava, the indolent-and gorgeous-son of a notorious businessman. Cristian seems to be just another entitled client, but when nights at the club turn into secret meetings and people start going missing, Atlas realizes there's more to Cristian-and to protecting him-than meets the eye.

But the same people who are after Cristian have something Atlas desperately craves: they know exactly what happened the fateful night he was attacked-and are willing to tell him everything . . .

This title is due for release on September 28, 2021
We'll send you an email as soon as it is available!