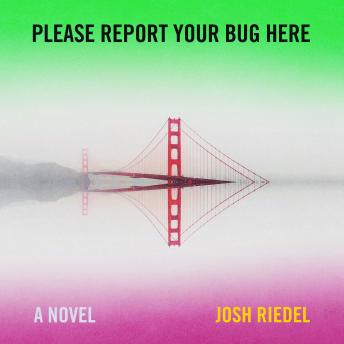 “An unexpected, inventive, heartfelt riff on the workplace novel—startup realism with a multiverse twist.” —Anna Wiener, author of Uncanny Valley

Once you sign an NDA it's good for life. Meaning legally, I shouldn't tell you this story. But I have to.

A college grad with the six-figure debt to prove it, Ethan Block views San Francisco as the place to be. Yet his job at hot new dating app DateDate is a far cry from what he envisioned. Instead of making the world a better place, he reviews flagged photo queues, overworked and stressed out. But that's about to change.

Reeling from a breakup, Ethan decides to view his algorithmically matched soulmate on DateDate. He overrides the system and clicks on the profile. Then, he disappears. One minute, he’s in a windowless office, and the next, he’s in a field of endless grass, gasping for air. When Ethan snaps back to DateDate HQ, he’s convinced a coding issue caused the blip. Except for anyone to believe him, he’ll need evidence. As Ethan embarks on a wild goose chase, moving from dingy startup think tanks to Silicon Valley’s dominant tech conglomerate, it becomes clear that there’s more to DateDate than meets the eye. With the stakes rising, and a new world at risk, Ethan must choose who—and what—he believes in.

Adventurous and hypertimely, Please Report Your Bug Here is an inventive millennial coming-of-age story, a dark exploration of the corruption now synonymous with Big Tech, and, above all, a testament to the power of human connection in our digital era.

This title is due for release on January 17, 2023
We'll send you an email as soon as it is available!