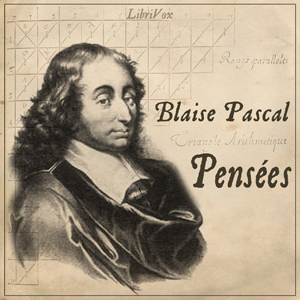 Pascal's Pensées is widely considered to be a masterpiece, and a landmark in French prose. When commenting on one particular section (Thought #72), Sainte-Beuve praised it as the finest pages in the French language. Will Durant, in his 11-volume, comprehensive The Story of Civilization series, hailed it as "the most eloquent book in French prose." In Pensées, Pascal surveys several philosophical paradoxes: infinity and nothing, faith and reason, soul and matter, death and life, meaning and vanity-seemingly arriving at no definitive conclusions besides humility, ignorance, and grace. Rolling these into one he develops Pascal's Wager. (Summary from Wikipedia)