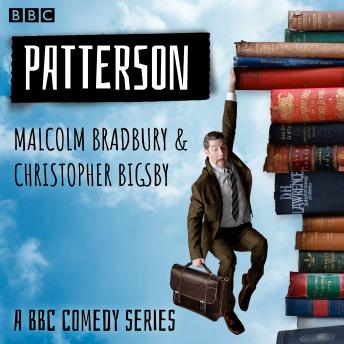 Against his better judgement, Andrew Patterson accepts a job as a lecturer in English literature at a remote Northern redbrick university. His departmental colleagues are an eccentric bunch: doddery Head of English Professor Misty, who looks like he went to school with Little Dorrit; Amy Spade, who's suffering from an identity crisis and given to sending anonymous letters, and man-eating Melissa Murgatroyd, the honeypot of the Senior Common Room. Fortunately, Patterson has old friend and fellow lecturer Victor to show him the ropes - but even so, his first day does not go well.

Written by acclaimed authors Malcolm Bradbury and Christopher Bigsby, both former university lecturers, this lively campus comedy was the first sitcom to be broadcast on BBC Radio 3. Australian Lewis Fiander stars as the hapless Patterson, with John Barron as the Vice-Chancellor, Richard Vernon as Professor Misty and Maureen Lipman as Melissa.

This title is due for release on March 25, 2021
We'll send you an email as soon as it is available!