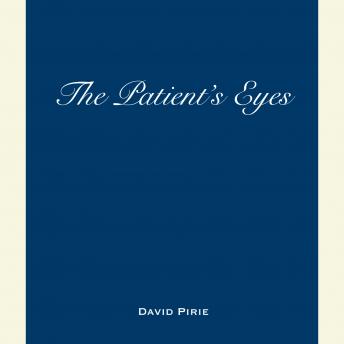 As a young medical student in Edinburgh, Arthur Conan Doyle, creator of Sherlock Holmes, studied under the pioneering, forensic scientist Dr. Joseph Bell. Taking this fact as a starting point, David Pirie weaves a compelling thriller which partners Bell and Doyle as they investigate crime in the strange underworld of violence and sexual hypocrisy running beneath the civilized surface of the Victorian era.

The Patient’s Eyes moves from Edinburgh to Southsea where Doyle begins his first medical practice. He’s puzzled by his patient Heather Grace’s strange eye condition. Heather’s parents died tragically several years earlier, and she’s upset by visions of a phantom cyclist who vanishes as soon as he is followed. When Doyle gets embroiled in more dangerous events, he asks for Bell’s intervention. But Bell is more interested in the patient’s eyes, and the solitary cyclist, than the murder of a rich Spanish businessman.

This title is due for release on February 22, 2002
We'll send you an email as soon as it is available!