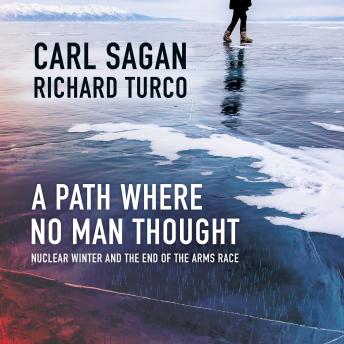 A Path Where No Man Thought: Nuclear Winter and the End of the Arms Race

Carl Sagan and Richard Turco were instrumental in the discovery and development of the nuclear winter theory. Thirty-five years later, intensive scientific research has substantiated and confirmed the nuclear winter prediction of widespread cold and dark leading to environmental collapse and world famine after even a small nuclear war. In A Path Where No Man Thought, Sagan and Turco tell the personal story of their findings, and of their efforts to introduce sweeping reductions in the world''s nuclear arsenals. Such reform they argued then, would lead to greater political and military stability, a more just allocation of economic resources to human needs, and protect the human race from the deadly prospect of nuclear Armageddon. Now, in the age of terrorism and the proliferation of nuclear weapons to unstable third world countries, nuclear war is once again a serious threat to global civilization. A Path Where No Man Thought is a tough minded, but hopeful view of man's capacity to call upon the better angels of our nature and turn away from the path leading to mankind's destruction. "The wave of moral outrage which Sagan has created must be directed against the evil of nuclear war itself, and not merely against its consequences."-Freeman Dyson, Institute for Advanced Study, Princeton.